Neuroscience is at the interface between biology and psychology. It is about the scientific study of nervous systems. It includes study of the nature and functioning of the nervous system at all levels, from the molecules that make up individual nerve cells and the transfer of information from one nerve cell to another, to the complexities of how behaviour, thoughts and emotions are produced. Neuroscientists are interested in many basic questions, including why do people and other animals behave, think and feel the way they do, how addictive drugs produce their effects, how brain cells develop, why they die or sometimes malfunction, and how they repair themselves when damaged.

SANS is an non-profit organization (250 – 278 NPO) with a vision to foster interest in Neuroscience and facilitate communication between those interested in Neuroscience, within Southern Africa and Africa.
Please consider making a donation.

What is SANS?
CLICK HERE FOR MORE ABOUT SANS

Other Neuroscience initiatives, organisations and clubs with whom SANS shares a connection

website
Forum for dealing with cutting-edge topics and significant, challenging issues in neuroscience. It is made up of students and professors alike from all sectors of the neuroscience spectrum. Seeks to create a platform whereby ideas about the brain can be discussed in an open, relaxed and informal environment.

facebook
The Wits Cortex Club serves as a platform for knowledge exchange in the field of neuroscience.

Society of Neuroscientists of Africa

website
SONA is a non-profit organization registered in Nairobi, Kenya and functions as the umbrella organization for the regional and national neuroscience societies and groups in Africa. The society’s mandate is to promote research and teaching in neuroscience in Africa.

website
IBRO is a union of neuroscience organizations with the aim to promote and support neuroscience training and collaborative research around the world.

website
SASOP is the only professional body in South Africa that represents the interests of the majority of Psychiatrists in South Africa. The Society is also actively involved in South Africa and Internationally to destigmatize Mental Illness and is fighting against discrimination against people who suffer with mental illness

website
The Anatomical Society of Southern Africa (ASSA) founded in 1967, was born out of the Colloquia of the Anatomy Departments in the “old” Transvaal. Today, the Society represents anatomy departments from all tertiary institutions in Southern Africa (i.e. South Africa, Mozambique, Namibia and Zimbabwe); and …

website
To promote all aspects related to the teaching, research and dissemination of the discipline of Physiology. By providing a spectrum of physiological information, the society strives to play a role in the establishment and advancement of physiological sciences within Southern Africa and the rest of Africa.

website
The Johannesburg Institute for Advanced Study (JIAS) is a joint initiative of the University of Johannesburg (UJ), South Africa, and Nanyang Technological University (NTU), Singapore. Like other institutes of advanced study elsewhere in the world, its purpose is to promote advanced research…

Tanya Calvey has a Ph.D. in neuroscience and is a Senior Lecturer in the School of Anatomical Sciences, University of the Witwatersrand. Tanya researches translational neuropsychopharmacology and addiction medicine. She integrates human neuroimaging, molecular biology and neurohistology findings from her lab to guide her work in the field of drug treatment and prevention policy. Tanya is also actively involved in developing neuroscience in Africa. She is the Chair of the Southern African Neuroscience Society, the founder of the Wits Cortex Club, the course coordinator of the new BHSc Honours in Neuroscience at Wits, a governing council member of the Society of Neuroscientists of Africa (SONA), the African Representative for the WHO Network of Early Career Professionals working in Addiction Medicine (NECPAM) and the Chair of the International Brain Research Organisation (IBRO) nominating committee.
Tanya Calvey
Chair of the Southern African Neuroscience Society

Dr Lihle Qulu did her undergraduate studies at the University of Zululand and pursued her post graduate degrees at the University of KwaZulu-Natal (UKZN). Lihle conducted part of her PhD at the John Hopkins Institute in Calgary Canada. After completion of her PhD, she spent time in Germany Regensburg University in Professor Inga Nuemann’s lab where she received training on the sexual defeat animal model. Lihle became a full-time lecture at UKZN in 2016 and she is currently a senior lecture at Stellenbosch University in the department of Human Physiology. Lihle is the Co-Chair of SANS.
Lihle Qulu
Co-Chair of the Southern African Neuroscience Society 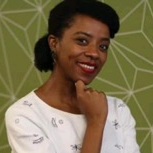 Dr Rachael Dangarembizi is a Lecturer and neuroscientist in the Department of Human Biology and the Neuroscience Institute at the University of Cape Town whose main research interest is neuroimmune responses to fungal infections. Her current research focuses on the inflammatory response to Cryptococcus neoformans infection in the brain. A strong believer in the capability of women in neuroscience, Rachael is actively involved in promoting diversity and capacity building in African neuroscience. She is an African ambassador of the ALBA network who is passionate about improving neuroscience education in Africa. She teaches neuroscience in different Universities in Sub-Saharan Africa and also mentors postgraduate students in her lab at UCT.
Rachael Dangarembizi
Secretary of the Southern African Neuroscience Society

Sahba Besharati is a neuropsychologist and senior lecturer in cognitive neuroscience at the Department of Psychology at the University of the Witwatersrand (Wits). Dr Besharati’s research specialises in the area of human social and affective neuroscience. Her research integrates neuroimaging, neuropsychological and experimental methods to investigate self-consciousness, emotion and social cognition. Sahba has been actively involved in both capacity building in the neurosciences and making research around the brain and behaviour accessible and interesting for a wider public audience. She currently serves on the transformation committee on the SANS executive committee.
Sahba Besharati
Executive Committee Member 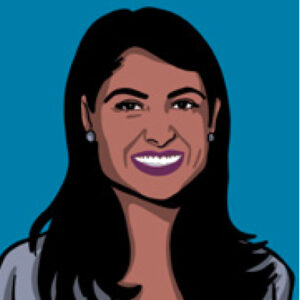 There are many reasons why neuroscience is a fascinating field. It makes use of a variety of rapidly evolving tools and techniques to study one of the most complex structures that we know of – the brain. It spans multiple disciplines, including physiology, biochemistry, genetics, neuroimaging, psychology and statistics, to investigate the brain and behaviour from a macro through to a micro level. It allows collaborations with individuals around the world united in an attempt to research neurological and psychiatric disorders that cause significant harm to many individuals. It is a dynamic field where new research constantly leads to yet more questions. However, to me, neuroscience represents a beautiful merger of humanities and sciences. We try to decipher how the traits that make us human – motivation, language, empathy, social interactions and much more besides – are encoded and processed in our brains in both health and disease.
Jacqueline Womersley
Executive Committee Member 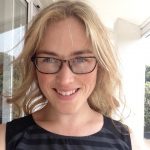 De Wet Wolmarans joined the Department of Pharmacology at the Potchefstroom Campus of the North-West University as pharmacologist and behavioural neuroscientist in 2007. Here his interests into the so-called ‘abnormality’ of some naturalistic phenotypes of animal behaviour grew, a theme that formed the core focus of both his M.Sc. (2011) and Ph.D. (2015) studies. Being interested in the vast cognitive divide that separate human from animal, his research focuses on the psychobiological mechanisms and processes that contribute to the manifestation of what we perceive to be abnormal behaviour. In the 5 years since he obtained his Ph.D., De Wet has trained 15 post-graduate students in behavioural neuroscience in various roles and has taken part in numerous international collaborations. He has also published extensively in international accredited journals. He was elected to the executive committee of SANS in 2020, where he aims to assist members to increase the impact of SANS on a global stage, actively participate in the dissemination of knowledge and skills training among SANS members, broaden the extent to which basic neuroscience and pharmacology can contribute to the goals of the Society, and participate in opening up academic and research opportunities for young individuals with an interest in the fields of neuroscience and neuropsychopharmacology.
De Wet Wolmarans
Executive Committee Member 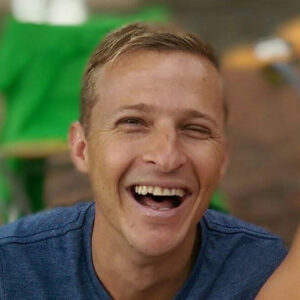 Dr Simo Zulu has a PhD in Human Physiology and is a senior lecturer for Physiology in the Medical programme at the Nelson Mandela University. He is a member of the SANS executive committee. His research interests are in the field of translational neuroscience where he aims understanding the pathophysiology of Neuroinfectious diseases, particularly HIV-induced neuropathogenesis.
Simo Zulu
Executive Committee Member

Dr Dorit Hockman did her undergraduate and MSc at the University of Cape Town (UCT). For her PhD at the University of Cambridge where she explored the evolution and development of vertebrate hypoxia-sensitive cells. In 2013, Dorit joined Trinity College (Oxford) to perform research into neural crest evolution. Dorit is now a lecturer at UCT, where she explores gene regulation during human brain maturation, supported by a Royal Society/African Academy of Sciences FLAIR Fellowship. Dorit assists with the Outreach and Transformation Portfolios on the SANS Exco.
Dorit Hockman
Executive Committee Member 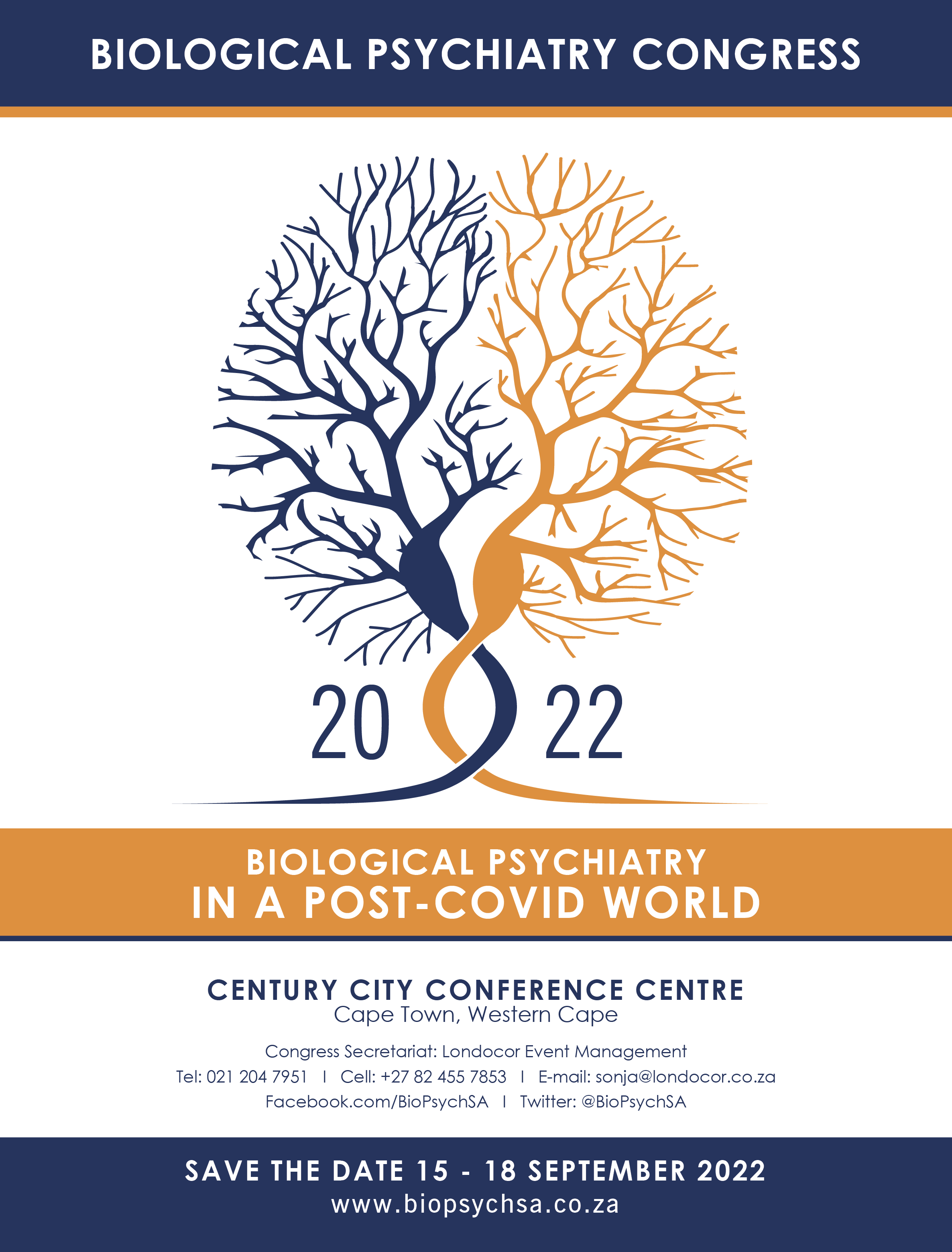 Dear SANS Member  The SANS Symposium 2022 will be held in-person on the 17th of September 2022 at Century City, Cape Town in conjunction with the Biological Psychiatry Society.  The Scientific Committee invites the submission of abstracts to be considered for Oral or Poster presentation https://protect-za.mimecast.com/s/RR7uCvgxAZf9Py0VIXTsYd The deadline for the submission of abstracts is 30 June Read more about SANS Symposium 2022 – Call for Abstracts[…]

Dear all,  Preparations are in place for the Biological Psychiatry Congress which will be held from 15-18 September 2022, at Century City in Cape Town.  See attached a flyer for more details.  Regards Rachael

Dear Members,  Please attached a position that has opened for a Junior Research Fellow in the Department of Pathology at the University of Cape Town. Requirements for the job: • A PhD in Bioinformatics with a strong interest in neuroinfectious disease, or alternatively a PhD in Neurosciences, Immunology, Virology, Microbiology, Developmental Biology or a related Read more about Junior Research Fellowship – UCT Dept of Pathology[…]

African Collaboration for Leadership and Capacity in Neuroscience (ALLIANCE) WORKSHOP

African Collaboration for Leadership and Capacity in Neuroscience (ALLIANCE) WORKSHOP 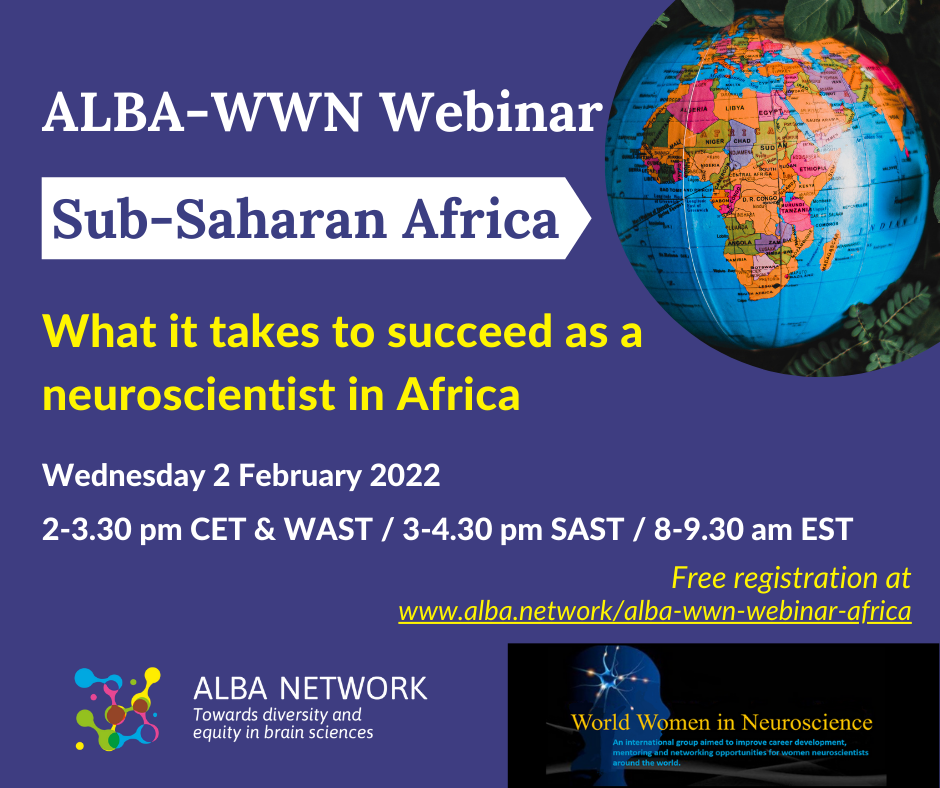 ALBA-WWN Webinar: What it takes to succeed as a neuroscientist in Africa

Dear all,  Please find attached an advert, and job description for a Lectureship position that has opened in the Department of Human Biology at the University of Cape Town. Applications should be sent to [email protected] by 7 February 2022. All the best. Rachael

Dear all please find below a summary of requirements for an MSL position. Please find attached a full advert for the position for more details. Resumes should be sent to [email protected] Medical Scientific Liaison (MSL) Qualification A full time masters graduate who will be graduating in 2022 or graduated in last 12 months. (Joining date- June/July Read more about Position: Medical Scientific Liaison[…]